Things to do in Bucharest 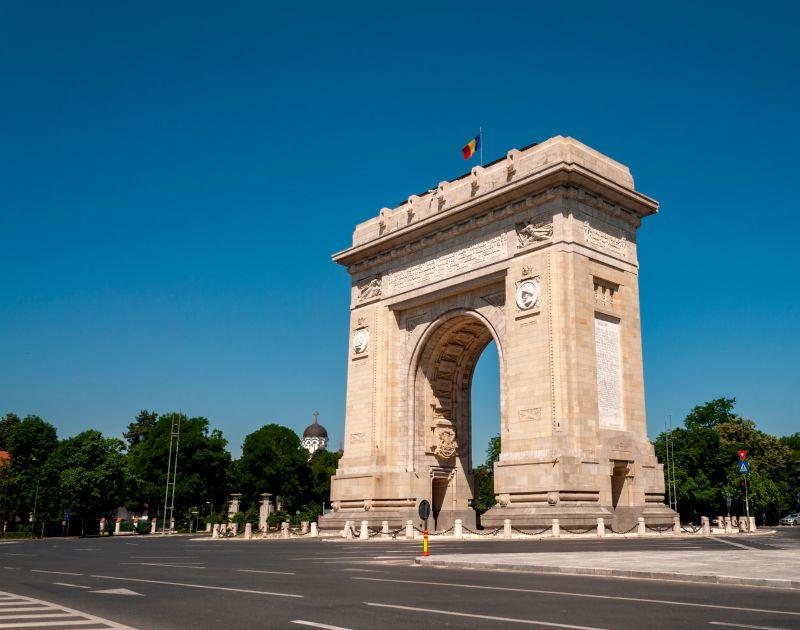 K+K Hotel Elisabeta primes itself on its location. Located in the heart of Old Town Bucharest, it is an environment suitable for all purposes; whether you will be rushing around the city for business, or leisurely taking advantage of all the sites and scenery the city has to offer. It is worth noting that this translates directly to our hotel. Now you may not be one for the action-packed nature of a city. Good news: there is a warm and inviting getaway waiting for you, which offers both business and leisure traveler rooms. Enough about us. Let’s talk Bucharest: the Paris of the East.

Earning the title as a city which resembles the city of love is earned, not given. Upon one visit, it’s not hard to see why. With French-inspired streets, street names, and meticulously crafted architecture, the city’s resemblance to Paris is no surprise. But furthermore, Bucharest was literally modeled on Paris, hence the presence of monuments such as the ‘Arcul de Triumf’ (which replicates the Arc de Triomphe), which also serves the purpose of war commemoration.

Due to Romania’s beautiful castles and mountainous countryside, the capital is often overlooked and quite frankly one of the most underrated in Europe. Bucharest provides the best of both worlds: the city possesses much of the culture of its neighboring capitals, with fewer crowds and at a lower cost. People often make the mistake of assuming that due to Romania’s affiliation with the EU, the country operates using the Euro as currency. Although they are part of EU, Romania remains distanced from the Eurozone, making the Romanian Leu extremely convenient when it comes to getting the best bang for your buck. This makes the important things cheap; so, you can travel, site-see, and drink away without the common concern of over-spending! 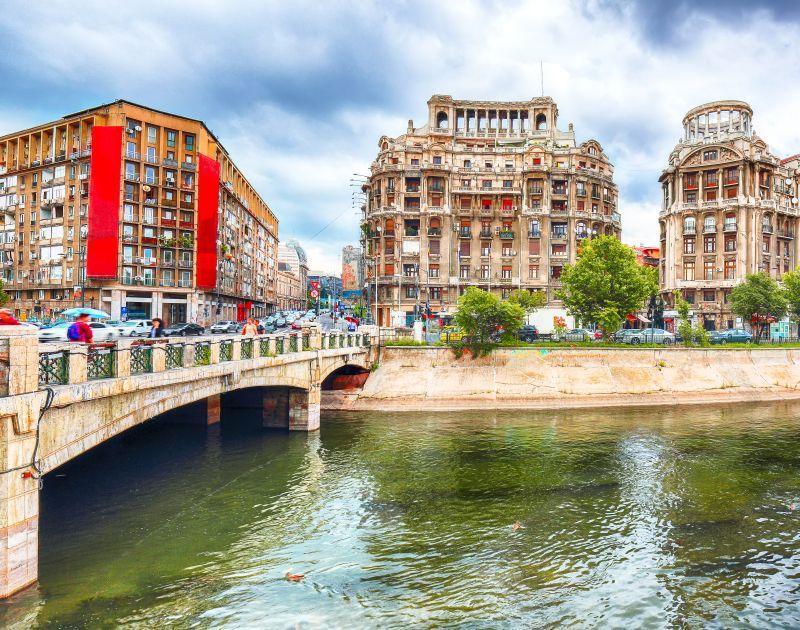 Romanian food is often overlooked past the borders of Eastern Europe, but we strongly suggest you do not take it for granted. It is also special in the sense that it embodies all of the influences of its historical region; namely, some from when it was part of the Roman empire, and Balkan cuisine which combines Austro-Hungarian, Turkish, and Ukranian. Many dishes contain pork, dumplings, sauerkraut, and polenta. These include mici (grilled minced meat rolls), ‘ciorba de Burta’ (beef tripe soup), and ‘pomana porcului’ (a pork feast which literally translate to honoring the pig). The list is extensive, so you can find over 50 more options here.

Accompanying it lies a phenomenon often described as ‘the most confusing monument you’ll ever see’. The Memorial of Rebirth honors the victims of the 1989 Romanian Revolution. Often compared to a potato on a skewer, you can rest assured that it won’t look like any architecture you have ever seen before.

In Bucharest, there’s something for everyone. Past the eloquent architecture, there are plenty hipster coffee shops, beautiful summer parks, and even the opportunity to go Dracula hunting! What’s not to like?