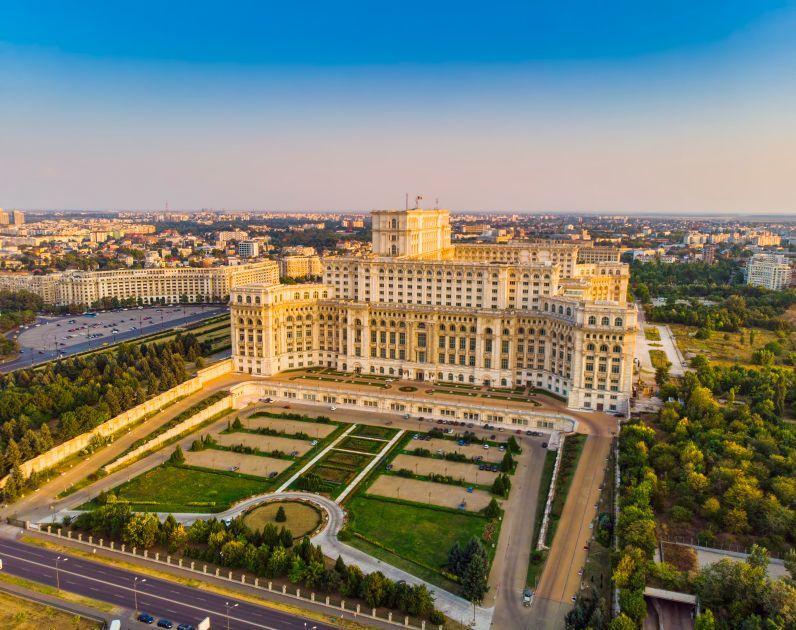 Bucharest has come along way in the past 20 years. Although modernization has made it much more navigable for outsiders, it hasn’t lost any of its history or personality. Its identity remains reverent of the past, but this doesn’t mean it hasn’t changed and become just as vital as any other European city. Spend 48 hours in Bucharest and you’ll see why.

This is about as authentic as markets get. While the building has been updated, Obor is where Romania’s oldest market once stood and its largest currently stands. You may need to take a few subway stops to get there, but this is where real Romanians come to buy their wares. Sample divine local produce or get gifts for those back home, either way we start here for one main reason: breakfast. Mici are meat rolls which are served on a small terrace just beside the market. A delicious and effective way to fill up at the start of a jam-packed day. 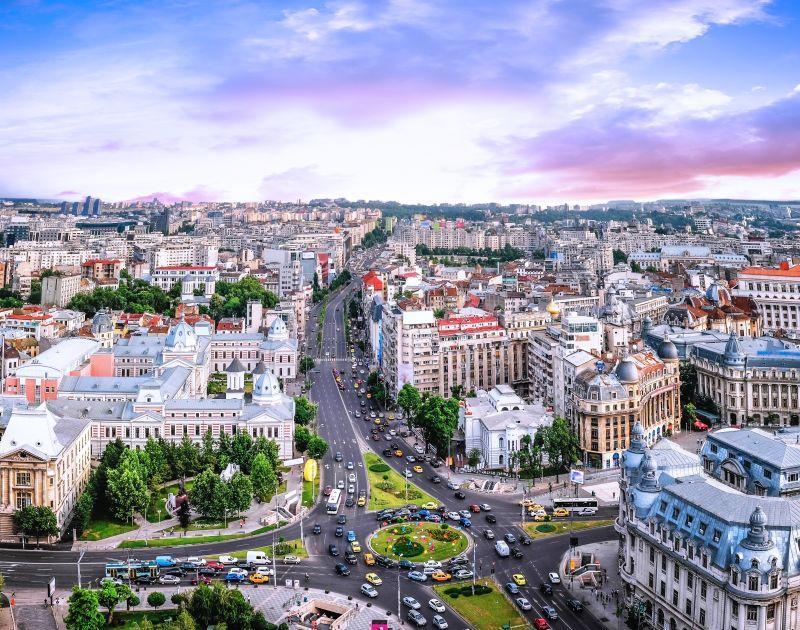 Whatever season in which you visit Bucharest, you can’t miss out on a walk through Cișmigiu Gardens. It is the largest park in the city and is reminiscent of various famous parks across the world (New York’s Central Park springs to mind). All the same, it remains a distinctly Romanian space. There are busts of some of the country’s best writers, a boating lake for summer and some of the most picturesque spots in Bucharest.

Palace of the Parliament

If you know about Romania’s history, you will know it has had its upheavals. Whether well-versed or completely green, a trip to the Palace of the Parliament is a must. Not only are there some impressive visuals, but the guided tours will give you a glimpse into the fascinating transitions the country has gone through, some effects of which are yet to be fully realized.

If you want to go back even further, the Dimitrie Gusti National Village Museum located in the King Michael I Park is a revelation. Showcasing traditional Romanian village life, there are authentic buildings which reveal how Romanians have lived in the past. There are also many exhibitions and collections which show you how this has influenced the present. For any drinkers in the group, an ale at the La Bariera Inn will show you the pleasure in keeping certain traditions alive.

While much of the city’s architecture is the result of an austere period around the 1980’s, Bucharest still has some old world charm. The Lipscania area is one of our favorites. You can go see the ruins of the old Princely Court, where a monument to Vlad the Impaler currently stands, or have a drink in Manuc’s Inn, the oldest still operating hotel in the city. However, even if you aren’t a big reader (but especially if you are), the Cărturești Carusel Bookshop located in one of the most beautiful buildings in Europe.

If the mici rolls have worn off and all the walking has worked up your appetite again, there are many options to choose from. As we are in Bucharest, some classic Romanian fare from the likes of  Zexe Zahana wouldn’t go amiss. With almost a century of culinary expertise under its belt, it’s the perfect place for a hearty feed in traditional surroundings. There is Ciorbarie, a specialty soup restaurant which is perfect for a fall day. Or you can try the haute cuisine offerings of world renowned fine dining restaurants such as The Artist or Le Bistrot Francais.

If you are only able to spend 48 hours in Budapest, perhaps you are there for work reasons. If so, our Business in Budapest special offer for K+K Hotel Opera is for you. You get an executive room with a desk to work, early check-in, a full buffet breakfast and more. It’s the best way for a hassle free stay.